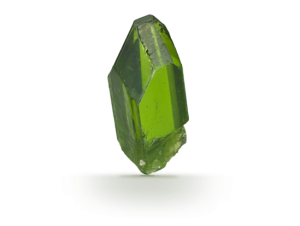 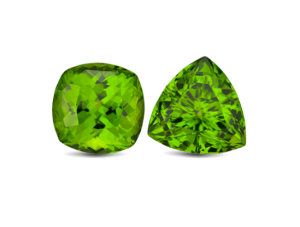 Peridot is a yellow-green gem variety of the mineral olivine, named after the French word peritot, meaning gold. The color range for peridot is narrow, from a brown-green color to yellowish green to pure green. Peridot is the National gem of Egypt, called the gem of the sun. Peridot is found in volcanic rock, inside meteorites and occasionally as crystals lining veins in mountains of Myanmar and Pakistan. In 2005, Peridot was found in comet dust brought back from the Stardust robotic space probe. Peridot is the birthstone for August and the gemstone for 15th wedding anniversary.

Exactly What I Asked For

In November 2016, Tim, their Master Jeweler created a custom white gold mounting for diamonds I had from other pieces. It is beautiful and exactly what I asked for. Their entire staff is helpful and made creating something so much fun. Thanks!