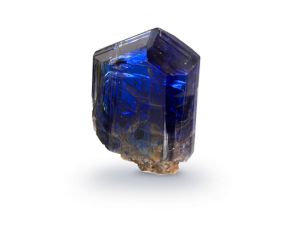 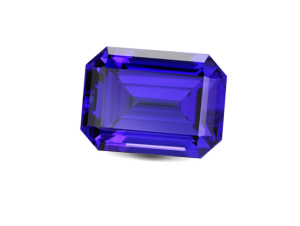 Tanzanite is a blue-to-violet or purple variety of the mineral zoisite. Often, the violet-blue and purplish colors are readily visible in a stone when it is viewed from different directions. The color of the tanzanite is the most important factor in determining its price. Tanzanite was named after Tanzania, the country where it was discovered in 1967. A prospector named Manuel d’Souza who was looking for sapphire but discovered tanzanite instead. Tanzanite is found in just one part of the world, in the hills of Merelani in northern Tanzania. It has become one of the most popular colored gemstones. In fact, it is now the most popular gemstone after diamonds, rubies, sapphires and emeralds. Tanzanite rates a 6.5 on the hardness scale.