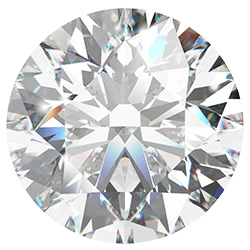 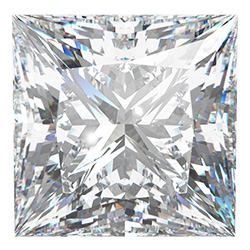 Princess Cut Diamond is a square or rectangular shaped brilliant cut with sharp corners. It is a relatively new diamond cut developed in the 1960s, which was later perfected and named ‘princess cut’ around 1980-1981. Princess cut is a unique and distinctive alternative to the popular round brilliant. 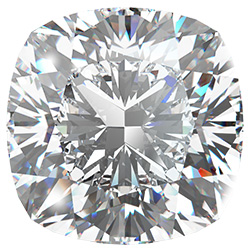 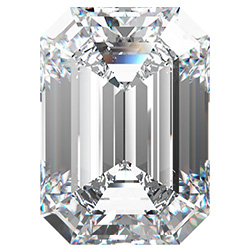 The emerald-cut diamond is one of the oldest diamond shapes, with origins tracing back to 1500s. Emerald cut diamonds have anywhere between 50 to 58 facets. This cut has rectangular facets step-cut into the diamond’s pavilion giving it a unique and elegant appearance. Emerald cut diamond requires higher quality of color and clarity, because inclusions seem more apparent. Since earning its name in 1920s, emerald cut have remained one of the most popular choices for engagement rings. 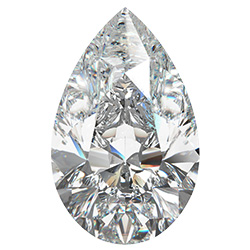 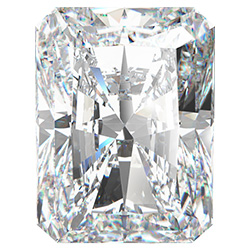 The radiant cut was designed by Henry Grossbard in 1977 and gained its popularity in the 1980s. Radiant cut diamond has 70 facets and can either be a square or rectangular shaped. It is considered a modified brilliant diamond, which combines the sparkle of the round brilliant cut and the elegance of the emerald shape. Radiant cut diamond has carefully beveled corners and substantial durability against chips and breakage which makes this cut an excellent choice for those with an active lifestyle. 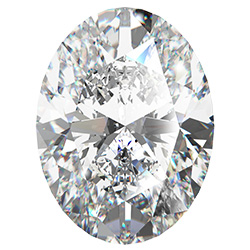 Oval cut diamond was invented in the early 1960s by a leading Russian cutter Lazare Kaplan. Oval cut has the same amount of facets as found in a round brilliant cut diamond, but it has a longer shape. The cut and facet design of an oval diamond provides roughly 10 percent more surface area which gives the appearance of a larger diamond in the same carat weight. It is an attractive choice for modern or vintage engagement rings. 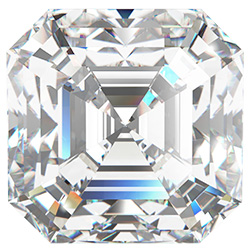 The Asscher cut diamond was created and named by Joseph Asscher in 1902, at the beginning of the Art Deco period. In 2001, almost 100 years later, Joseph’s great-grandchildren Edward and Joop Asscher introduced the Royal Asscher cut featuring 16 more facets than the original cut. This diamond is one of the very first patented diamond cuts in the world. What sets an Asscher Cut apart from an Emerald Cut is the greater total depth of the diamond, its increased number of facets and the square shape.  The Asscher cut has recently gained popularity, especially amongst celebrities. It appeals to those wanting a diamond that is out of the ordinary. 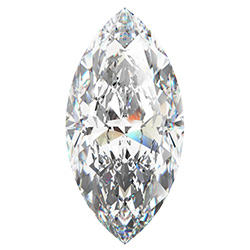 The Marquise cut diamond first appeared in Paris circa 1745, created for Louis the XIV, a monarch who ruled as the King of France. King Louis XIV instructed his jeweler to design a brilliant cut diamond that resembled the smile of his beautiful mistress, the Marchioness Madame de Pompadour. It is also known as the “Navette” shape, meaning little boat. Marquise Brilliant cut diamond gained popularity between the 1960s and 1980s. Because of its elongated shape, the marquise cut diamond gives the appearance of longer and more slender fingers.

I have had nothing but, the best experiences with Celebration Jewelers.